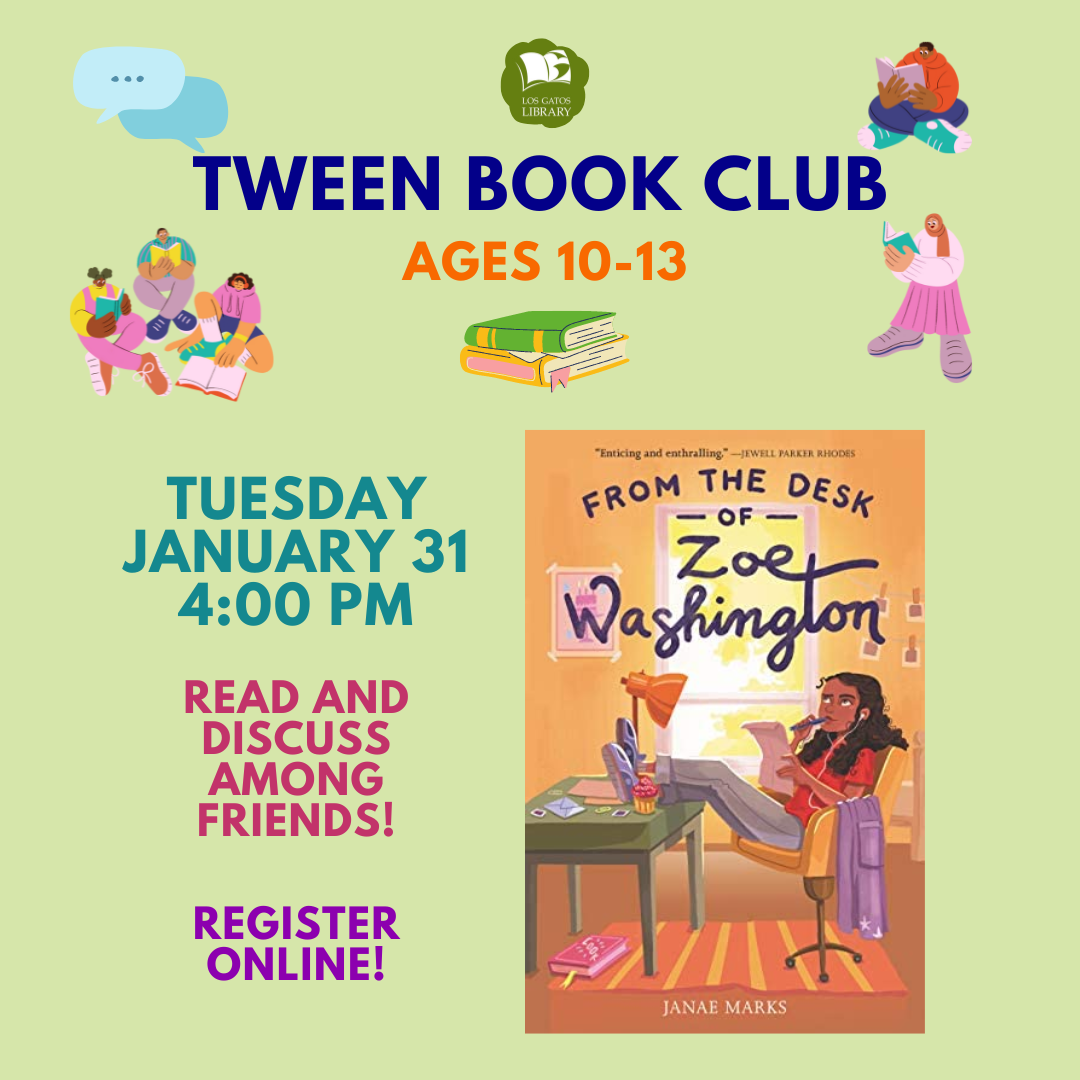 Love to read and discuss your favorite books among friends? In preparation for Black History Month, join us for a discussion of the book, "From the Desk of Zoe Washington" by Janae Marks. The sequel to this book, "On Air with Zoe Washington," will be published in February 2023 - don't miss out on the first book, or refresh your memory, so that you can read the sequel next month!

From debut author Janae Marks comes a captivating story full of heart, as one courageous girl questions assumptions, searches for the truth, and does what she believes is right—even in the face of great opposition.

Zoe Washington isn’t sure what to write. What does a girl say to the father she’s never met, hadn’t heard from until his letter arrived on her twelfth birthday, and who’s been in prison for a terrible crime?

A crime he says he never committed.

Could Marcus really be innocent? Zoe is determined to uncover the truth. Even if it means hiding his letters and her investigation from the rest of her family. Everyone else thinks Zoe’s worrying about doing a good job at her bakery internship and proving to her parents that she’s worthy of auditioning for Food Network’s Kids Bake Challenge.

But with bakery confections on one part of her mind, and Marcus’s conviction weighing heavily on the other, this is one recipe Zoe doesn’t know how to balance. The only thing she knows to be true: Everyone lies.

"When Marcus tells Zoe he is innocent, and her grandmother agrees, Zoe begins to learn about inequality in the criminal justice system, and she sets out to find the alibi witness who can prove his innocence." (Publishers Weekly, "An Anti-Racist Children's and YA Reading List")